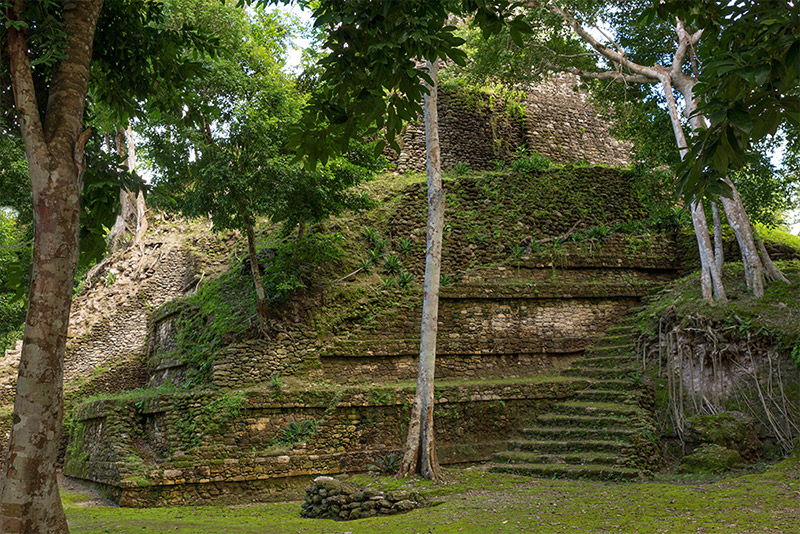 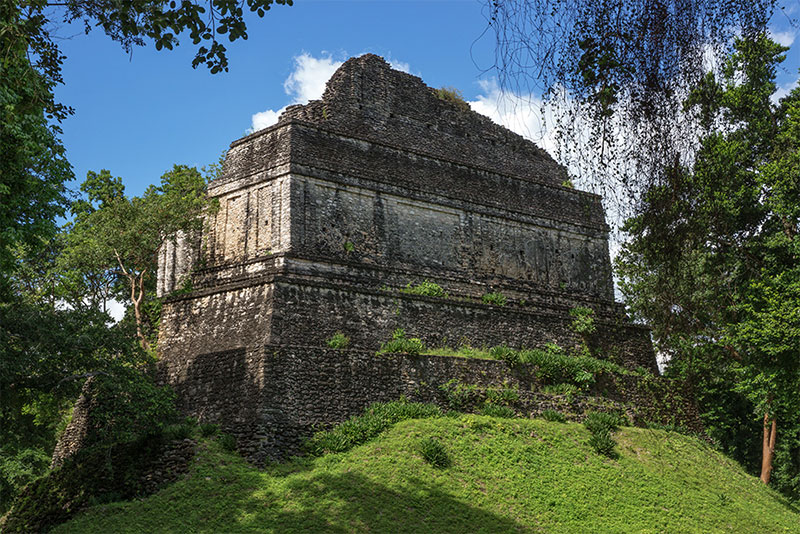 Dzibanche, meaning "writing on wood", was a major city in the Maya area in the Classic period (300-900 A.D.). Its inhabitants settled in some 40 square kilometers of hilly lands surrounded by flats. throughout that area they erected their homes and buildings for worshiping their gods, as well as public buildings which were the hub of the city's social and economic life

The city's most important architectural complex is made up of a number of plazas ringed by large palaces and platforms from which temples rose.

The most notable plazas are those corresponding to temples 1 and 2, as well as that of the small Acropolis of the so-called "unknown building".

A ball court, somewhat removed from the main block of structures completes the list of buildings at this civic-ceremonial center.

Kinich Na House of the Sun

This Acropolis containing architectural complexes built at two levels, rises from the North side of the plaza bordered by low elongated mounds. The first base has a large stairway and three bodies with panels which may have been framed by stuccoed stone masks.

Surmounting this base is a broad platform upon which two buildings were built at its east and west ends.

A stairway was erected at the middle of the platform, it was flanked by two pairs of stone masks of which only remains of their stone supports survive.

Stairways and stone masks which start from the first platform act as a second base, at the top of which there's another platform on which two temples were erected at its east and west ends.

There's an additional stairway at the middle that leads up to the Acropolis' uppermost temple.

Kohunlich Home of the Sun God 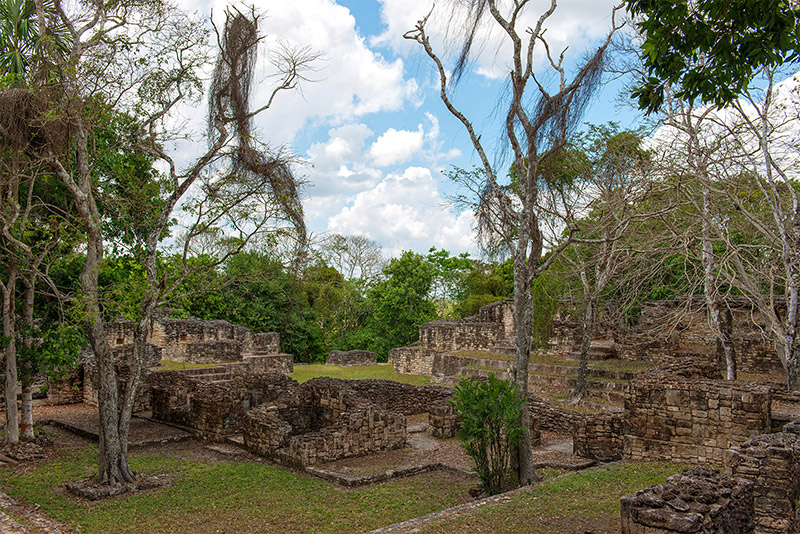 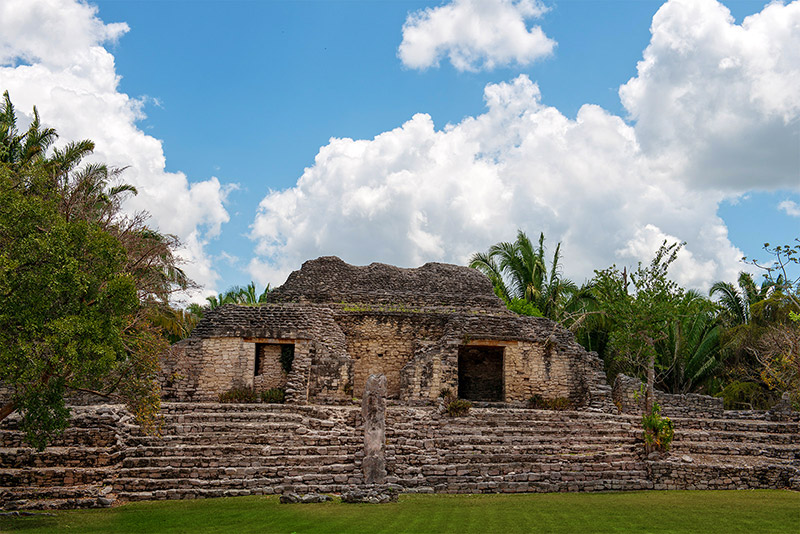 The site is of city built around 600 A.D. and abandoned in 1200 or 1300A.D. Its original name is now lost to us. Even when the relatively new name Kohunlich, seems to be a Maya name, it apparently comes from the English "Cohune Ridge" (Cohune being a type of palm predominant in the area).

The architecture of the site resembles the Rio Bec style of the south of Campeche, and the Peten style from the north of Guatemala and Belize.

It shows the close ties and importance that Kohunlich would have had with these other areas of the Mayan culture.

During its days of grandeur the city looked very different from how it can be seen today. All the buildings would have been stuccoed and painted predominantly in red. Some were also decorated with stuccoed figures and geometric designs.

It boasted a complex drainage system which diverted the rain water to an artificial reservoir.

The constructions that can be visited served for different purposes, these being mainly residential, administrative and religious.